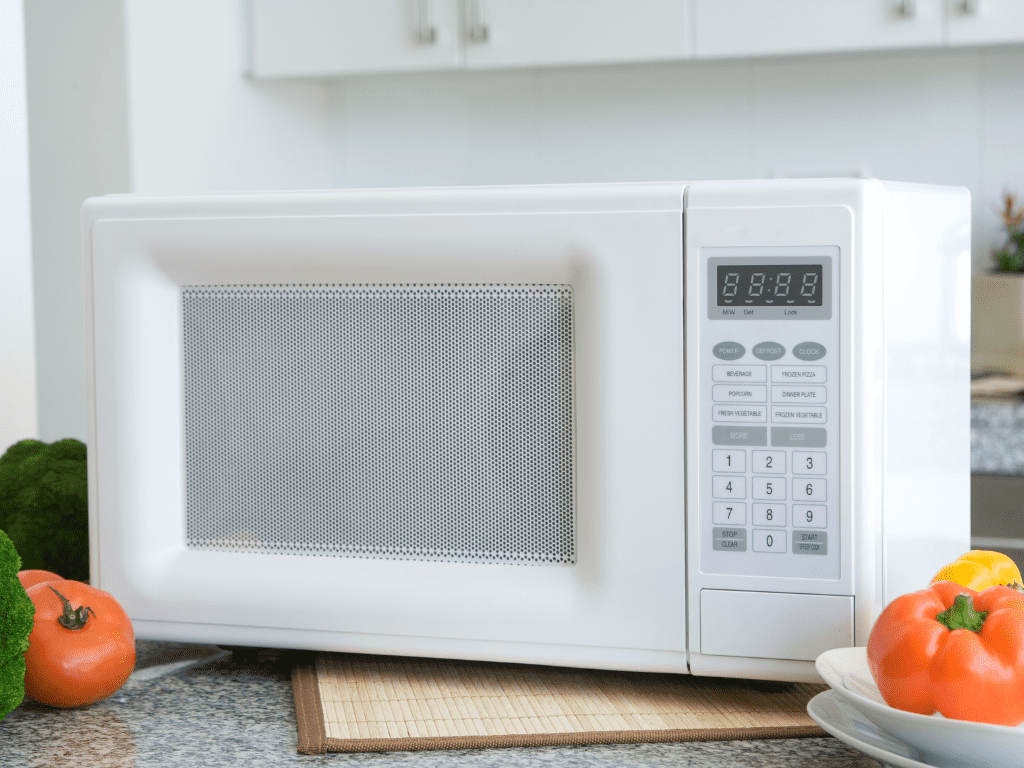 While there are certainly a few aspects to be careful about with your appliance (the user manual is a handy guide!), they have been determined safe and effective for their intended purpose. So, if you use a microwave to reheat your leftovers, boil your water, or even cook your eggs, rest assured you aren’t becoming lethally irradiated. Read on to understand the why and the how, and what to watch out for.

How A Microwave Oven Works & Its History

A microwave oven functions by releasing micro-waves of energy, producing electromagnetic radiation as converted from electricity. These micro-waves agitate molecules of water, fats and sugars, causing them to move more quickly, and thereby transferring that energy into the whole of the food and raising its temperature. Water is a much lighter molecule than any fat or sugar, and it has much more motile electrons, meaning it responds more readily and rapidly to heating in a microwave oven. You may have noticed this if heating an equal volume of water versus coconut oil. (Butter actually contains some water, which is why it will heat up faster than pure oil.)

The term microwave can be misleading. It is called a microwave because its wavelength is smaller than radio waves. However, it is on the opposite end of the electromagnetic spectrum from the high frequency, short waves that are damaging such as x rays or gamma rays.  Originally, the device which produces the microwaves, a magnetron, was invented by the British government for defense purposes. It was given to the United States after they entered World War II in exchange for their assistance. The technology was distributed to several American companies, and in 1945, Percy Spencer began experimenting with the device as a method to cook food. It was patented by October of that same year, and commercial sales of the device began in 1947. Its original price tag was $5,000 – that’s over $50,000 in today’s money, accounting for inflation. Prices fell over the next couple decades, owing largely to an innovation from the Litton company in the ‘60s that changed the configuration of the microwave oven, also leading to today’s recognizable silhouette.

Today, microwave ovens are safer and more effective than ever, with high power microwaves able to boil a cup of water in just one minute. Their convenience with respect to cooking time has made them a staple in household and modern living – even many restaurants use microwaves to warm your food before serving it. So, what should we know about how they treat our food?

As with any cooking method, nutrients tend to degrade during heating. As far as how much, it really depends on what nutrients and in what food. The research indicates that microwaving foods is approximately on par with baking for nutrient retention. However, the precise effects can be very different: garlic’s antimicrobial properties are better preserved in an oven for over half an hour than in a microwave for a minute, while microwaving broccoli seems to synthesize more of its anticarcinogenic compounds. It’s best to research your particular food and cooking combination if you’re worried about nutrient loss.

Since a microwave is able to utilize considerably shorter cooking times than other methods, on the whole more nutrients are retained. In addition, there is no nutrient loss due to cooking in water, where water-soluble nutrients can be discarded with the cooking liquid, like during boiling and blanching. As with any cooking method where the temperature goes above 125℉, proteins are expected to denature to some degree. However, there is no evidence that cooking with microwaves ovens presents more risk to your health than any other cooking method. That said, what are the potential risks to using one?

Risks of Using a Microwave

Over the years that microwave ovens have been commercially available, many have doubted their safety. After all, isn’t radiation dangerous? Electromagnetic radiation, which is the type produced by a magnetron, does not produce ions (charged particles). The way ions interact with matter, and especially living tissue, is the dangerous part of the radiation that comes from nuclear plants, x-rays, and outer space. Because of their charge, ions interact chemically with organic matter to cause the changes which are damaging to our health.

Since microwave ovens do not produce ions with their radiation, this risk does not apply. Additionally, microwave ovens are built to keep the radiation within the unit; metal shields on the walls and a metal screen on the door are designed to ensure your safety during its operation. However, if the door is damaged or broken or the seal is compromised, it is best not to use your microwave oven until it is repaired by a technician.

Because of the random nature with which a microwave will interact with molecules in food, and the random movement of the molecules, heating food with a microwave is known to cause “hot spots,” or high degrees of variability in temperature throughout the food you’re cooking. The experience of this effect is why it is common practice to cook things in a microwave in multiple phases: heat the food, mix it and wait for the temperature to regulate, and repeat these steps as many times as necessary to achieve the temperature you want. These “hot spots” are one of the reasons it’s inadvisable to heat baby formula in a microwave. As an alternative, heat water in a separate container, and put the baby’s bottle in the water bath to heat via convection.

The only other thing to watch out for is burning yourself on hot plates, containers or spilled liquids that you have just heated in a microwave oven. Spills to the fingers are the most common microwave-related injuries which result in a trip to the emergency department.

Never put utensils in a microwave oven. Metal with sharp edges can cause a spark which ionizes the air around it into plasma. The spark could also light any flammable material nearby, such as wax paper. Metal also transfers heat very quickly, and as such can be more prone to causing burns than a material which stores heat, such as ceramic.

Before heating plastic in a microwave, refer to the container or its packaging to determine if it is microwave safe. Plastic without this label can leak harmful chemicals into your food or completely melt. Even microwave-safe plastics may shed microplastics into your food. There is no current data on what plastic in your food may do to your health, so use your own discretion on whether to use plastic containers for heating your food.

As a bakery, we would be remiss not to mention how microwave ovens interact with bread. Since a microwave works by heating individual molecules, especially of water, it is a poor choice for heating bread of any type. The heated water turns to water vapor, turning bread soggy and limp. Additionally, heating bread too long will cause bread to become tough and turgid. If you prefer your bread to retain its crisp crust and soft center, reheating it in a pan or toaster is best practice. However, you can use your microwave to cook your eggs and bacon to serve on one of our Everything Bagelz as a delicious breakfast sandwich. 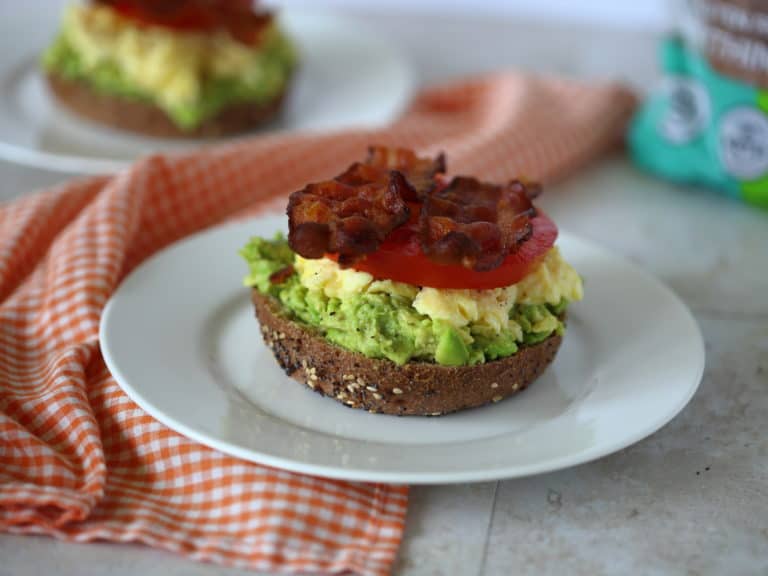 Microwave ovens are largely a safe and effective appliance for cooking and reheating food. We have been using the devices for long enough to understand the safest ways to use them, and there are many resources online in case you have a question about how the microwave’s radiation affects a particular food or material. We are comfortable recommending their use for cooking and reheating food in appropriate containers.

If you’d like to try some simple recipes that uses a microwave, check out how to make our “corn” tortillas as well as our mandarin pancakes for Moo Shu using our low-carb, gluten-free All-Purpose Bread Mix.

For further reading, check out Chris Kresser’s article “Are Microwave Ovens Safe for Our Health.”